Showing posts from 2012
Show All

More Of My Gifs

Here are some gifs I made, & posted on Soup and deviantART (some are posted as flash animation format in dA). Thought I'd post them here too just for show.
Post a comment
Read more 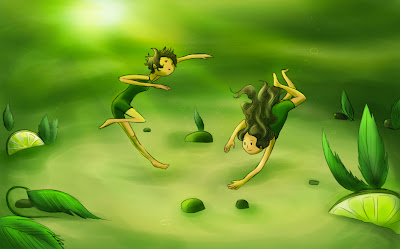 Trying to make something like this again. This time it's both Myoo89 and me. Swimming in green tea with lime rocks & mint leaves. For some reason I can't get the coloring right like I did last time. But this still looks delicious though. Lesser bubbles this time cuz it's tea & not soda.
3 comments
Read more 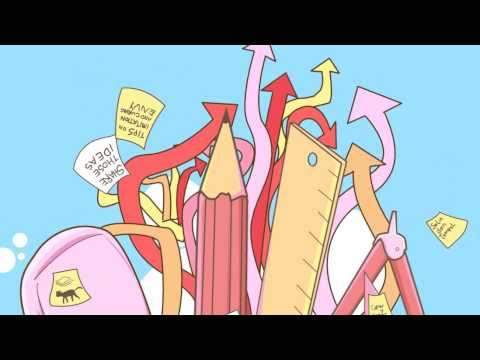 First posted in my revamp blog . Considered a revamp because I was revamping a cover design of a made-up magazine I used 3 years ago in Screen Design class. (I actually came up with the name when I was 10) The logo in the cover wasn't clean enough since I drew everything in pencil and just lazily edited everything in photoshop, applying the multiply blending mode to color. In here I sorta tried making everything neater, since some of them had to be vectorized anyway.
Post a comment
Read more 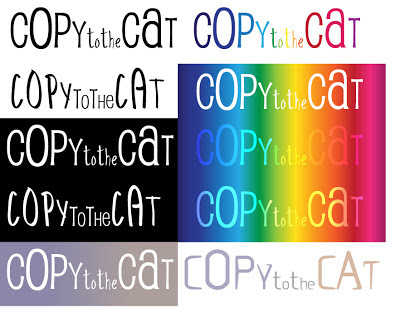 After seeing some logos online & getting inspired, I looked back at the sketches of random logo designs sketched during Semester 1 and sort of revamped them in illustrator. I was bored. [More: Part 2 ] Copy to the Cat color schemes Some TL;DR revamps Logo tryouts. Most of these were doodled out of boredom while joking with friends during lunchtime. And yes, the 'Eifel' with 1 'f' cuz that's the name of our photography lecturer. Thus the camera. Four of the best ones selected from the collection above. The rest were good too. And last but not least:
Post a comment
Read more

Taken from my Revamp blog . So a friend of mine bought these Graphig figures from a toy vending machine somewhere. Yep, he has those in real life. They look pretty cute too and I just had to make some based on my OCs, Seattle & Lightninggrass. Since I'm too lazy to cut paper, cover them with transparent tape and find the material for the chains to make ones for myself, I thought i'd just make 3D models in Cinema 4D instead. I've just gotten addicted to it recently too. First, starting off with some basic shapes. At this point I haven't figured out how to make the chains drop down. Adding dynamic body to both chains and body would just make the dolls fall through the floor (but not the chains). So that's when I decided to just join the cloner tool containing the little spheres to a spline I drew and made it look like a limp piece of string. And voila. After adjusting the lighting, adding more background items and putting on a lot of materia
Post a comment
Read more

Just got Cinema 4D and currently playing with it, following video tutorials and practicing. I used to have 3DS Max & Blender in my old PC (but used 3DS Max more often) until I moved on to this laptop. But hey, Cinema 4D is in fact rad. And I thought I'd make 3D versions of the two perfume bottles I designed, Seafruit & Grasslightning (based on my characters Seattle & Lightninggrass) to see at least something closer to the bottles being brought to life. Pardon my n00b 3D skills, everyone. I still can't figure out how to smooth some curves... need more tutorials.
Post a comment
Read more

So out of the blue, I decided to design some perfume bottles (cuz I've looked up pictures of perfumes lately for no reason) Like I said in the deviantART description, these are based from my two OCs Seattle & Lightninggrass. Grasslightning is just Lightninggrass's name swapped, and Seafruit is from the animation I did which featured Seattle and an albatross. Seafruit's bottle kinda reminds me of those DKNY Be Delicious series, since usually they're based off of food scents, and seafruit is a fruit, so. It's pearshaped like the seafruit in the animation, smooth & rounded. In contrast, I designed Grasslightning's bottle to have spikes & blades and stuff, because of the stereotypical grass & lightning shapes. The bottle color is electric yellow with an added electric green semicoat, probably made out of plastic or rubber, or a mixture of both to get that transparent-translucent texture. The color scheme and the "lid" reminds me of
Post a comment
Read more 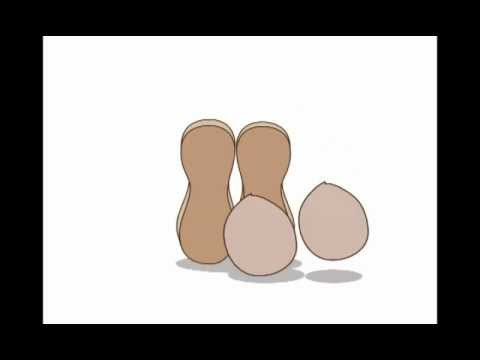 Because I had an idea of drawing peanuts coming out of each other one morning. Like matryoska dolls. And thus, MatryoshKacang (cuz they're peanuts. lame pun heh). But the way they come out of each other isn't like a typical matryoshka though. This is animation, I gotta get creative. That hammer looks pretty pissed off. The music is done by garageband as usual, and that melody in the beginning had been stuck in my head ever since I was 6, so I decided to use it anyway & add background melodies too. It kinda reminds me of one of my earliest animations here, done in 2009
Post a comment
Read more

One time I thought up of alternate versions of one of my OCs, Seattle. I was initially thinking of a red version to contrast her bluegreen signature color, and then I thought of apples. And the name Seapple, which sounds cute. And thus Seapple was born. And later, I decided to make another one, as if two isn't enough :P Figured she'd be blue in color, with a winter theme, named Snowattle. I just had to doodlebomb these three together.
Post a comment
Read more 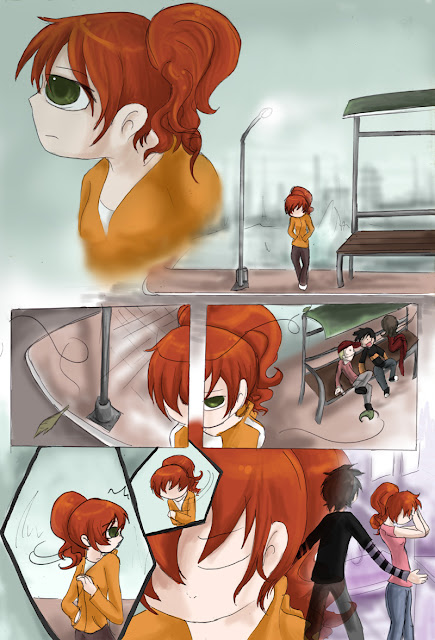 This is an old comic... well not so old, since I started drawing the lineart in 2009. It was during university days and I got so busy with all the assignments that I had no time to color them (despite already colored the first page). Recently I came across it again and finally made myself color the rest of the pages. and fix the lineart a little. The sad storyline could be inspired by waiting at the bus stop at a rainy day and maybe that time I was living in a little piece of hell and had to unleash the sadness in pieces of paper. Characters (c) Myoo89 .
Post a comment
Read more
More posts